Added by Dylan Baars about 6 years ago. Updated about 4 years ago.

Using latest version of Katello, with boot disk based imaging for VMware. I am attempting to build a VM in our DMZ with two interfaces, one that points internal and one that is an external IP exposed to the internet

When building a new host via Hosts > New Host, it is possible to add multiple network interfaces and specific a "provisioning interface" (in my case, the 'internal' interface) and a "primary interface" (the external one)
When the VM is created, it attempts to boot using the provisioning interface - great! However, it cannot find the kickstart template (screenshot attached - "connection_timeout.jpg"). Using the spoof address to check where the kickstart is, it is assigned to the primary interface IP address

I think this should be the provisioning interface

I have attached screenshots of the interface configuration for both 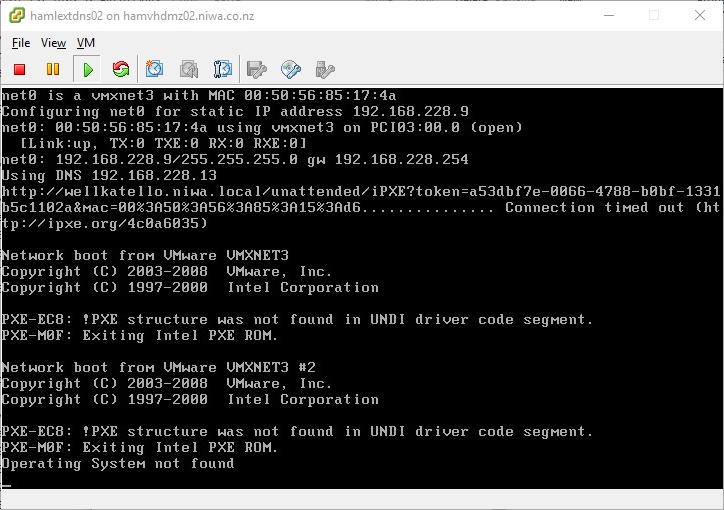 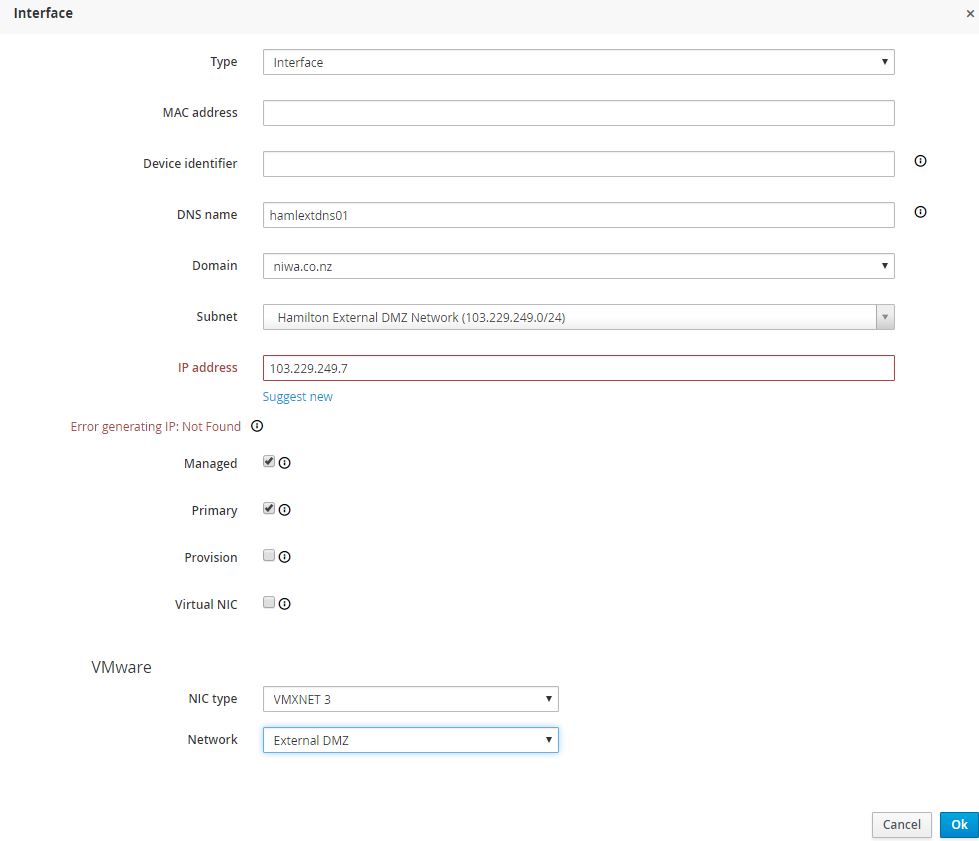 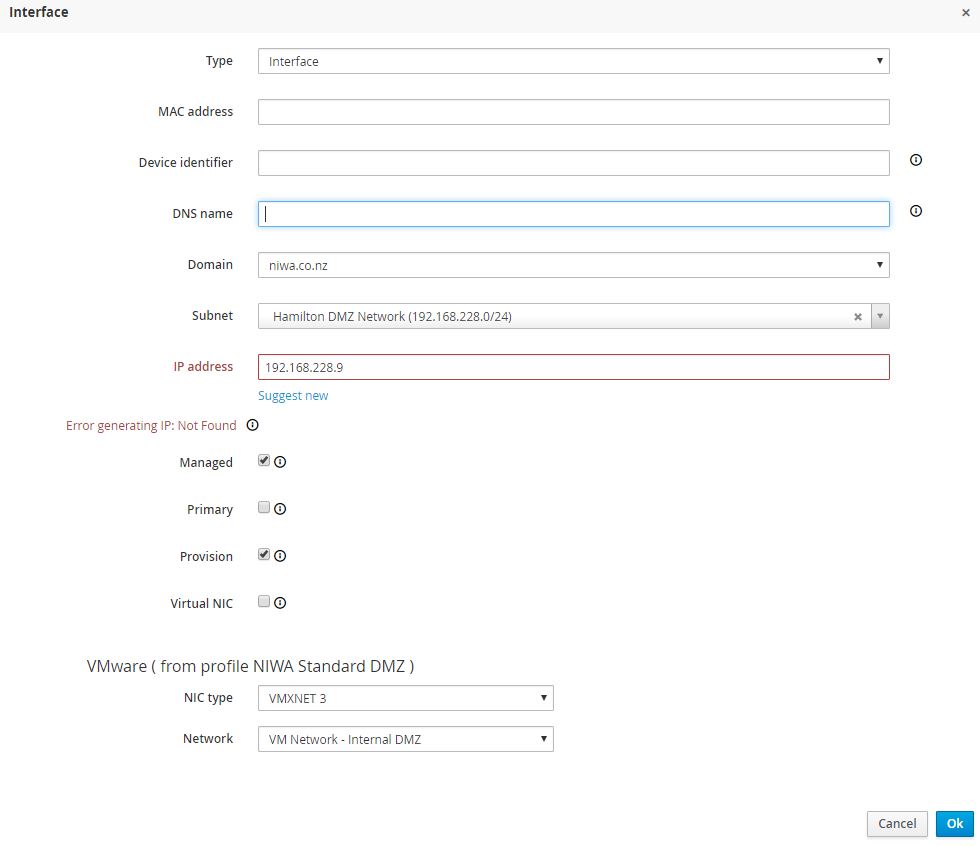 Updated by Justin Sherrill about 6 years ago

Moving this to the bootdisk plugin

The IP address isn't used in the URL, so I'm unsure of the relevance of that. The screenshot of the host shows that it's configuring the provisioning interface IP address. The screenshot also shows a timeout which is probably caused by a networking issue, ensure every detail in the provided DHCP lease is correct.

Updated by Anonymous over 5 years ago

Updated by Greg Sutcliffe about 4 years ago