I would like a boot disk option that provides the following:

In the bootdisk approach, the Generic bootdisk provides a menu like below.

When the user first boots, they have the option for configuring DHCP or manually entering network configuration. 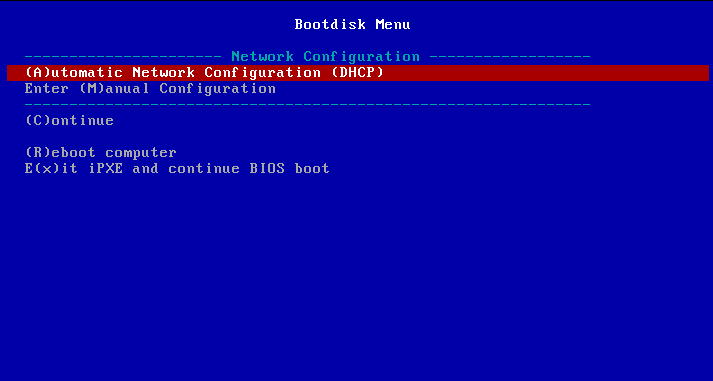 After configuring network, you can select from the main menu: 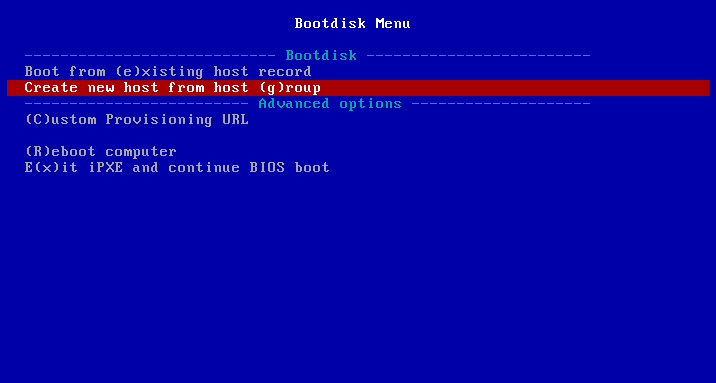 If creating a new host, iPXE chain loads the host group menu off of the Foreman server.

They are prompted for a host name: 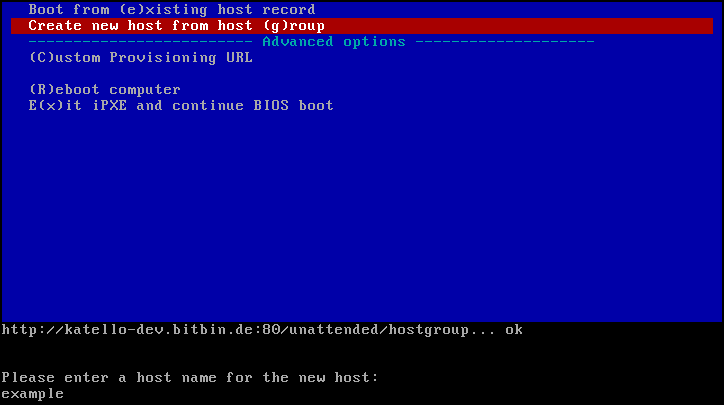 And then hostgroup, and (if enabled) organization, and location: 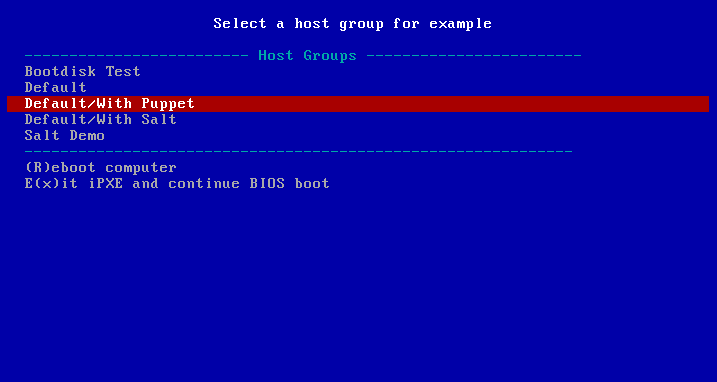 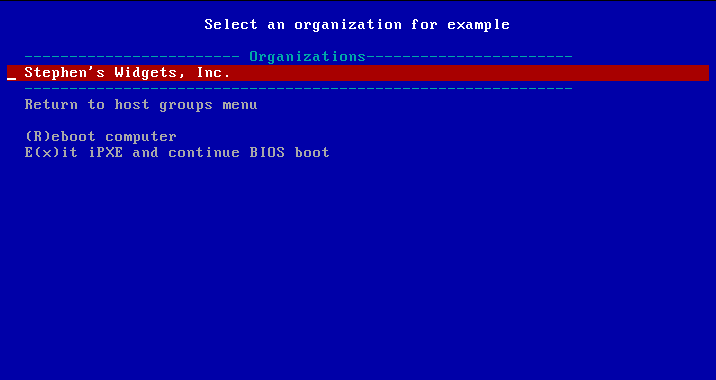 Finally the user confirms the selections and: 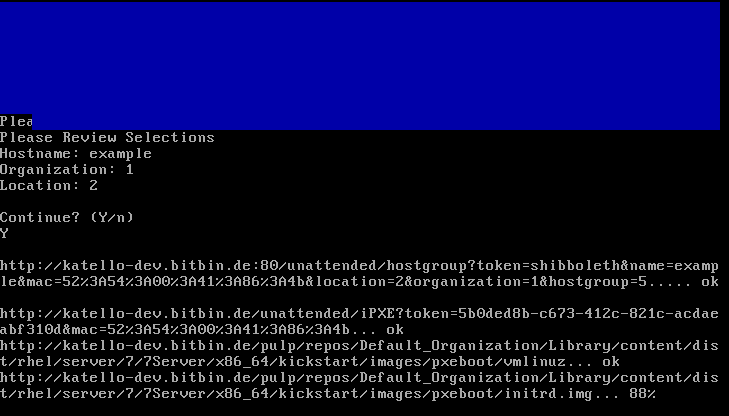 This is ridiculously insecure, because we're running orchestration with access to services like DNS, Realm, Puppet, etc

The idea is to introduce TUI allowing users to do standard provisioning (register in Foreman using a hostgroup first, called "managed") or standalone (just select a kickstart without creating a host). Prototype is implemented as a ruby service using newt bindings, the service awaits 10 seconds before initiating discovery (key press cancels). 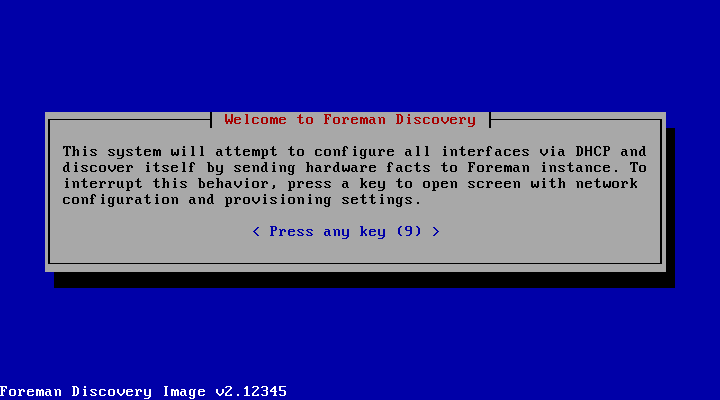 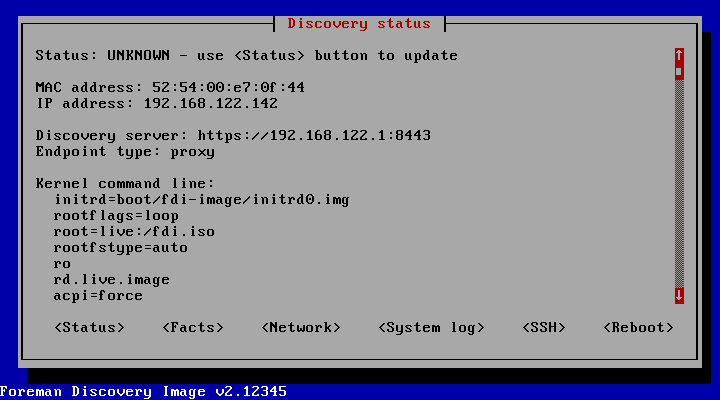 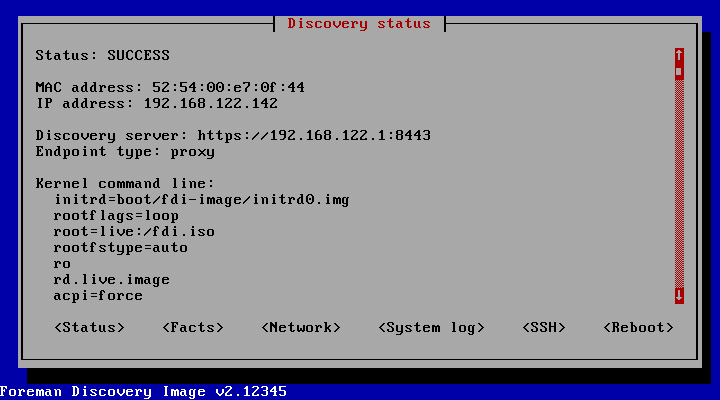 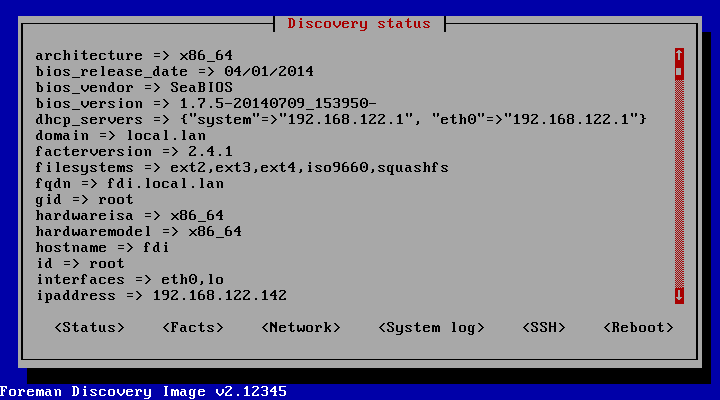 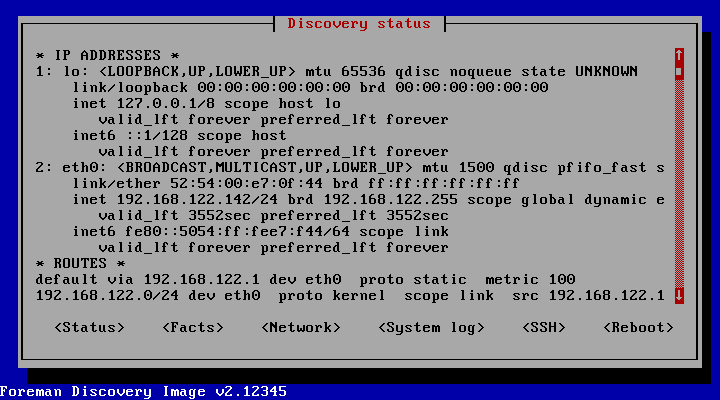 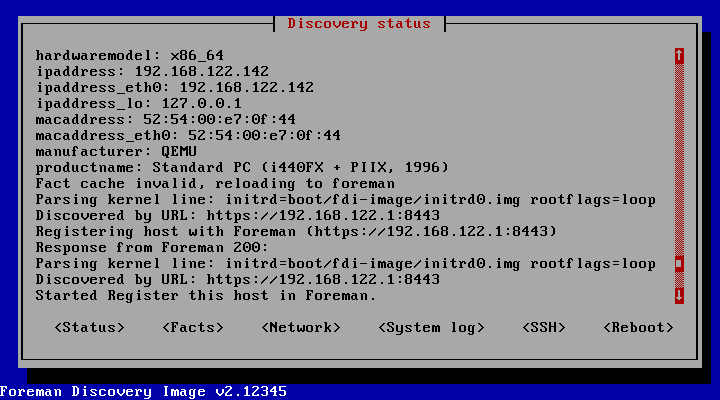 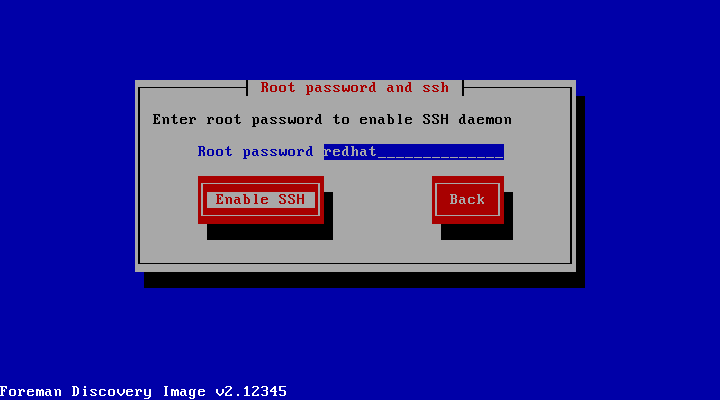 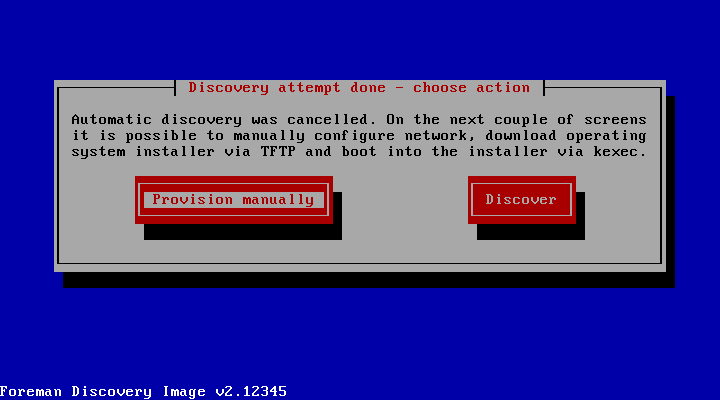 By default DHCP is enabled for all interfaces, but users are able to enter net credentials manually (this screen was not prototyped). 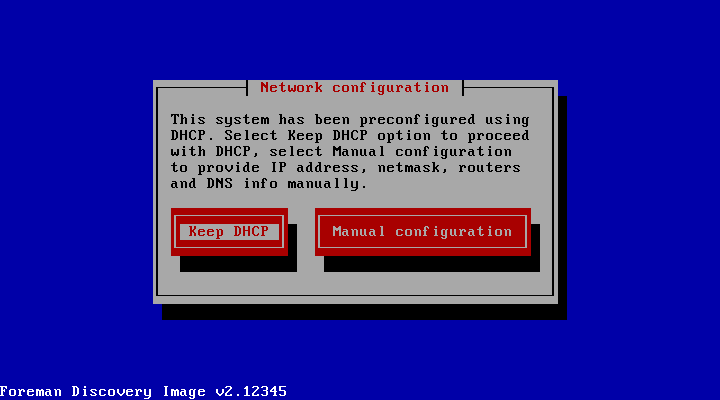 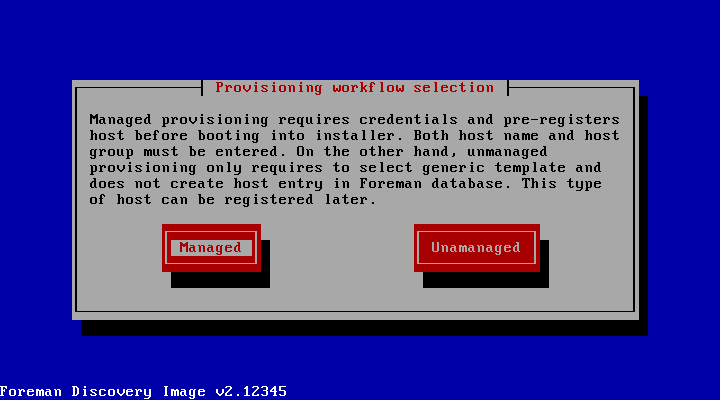 If Managed was selected, foreman url, type and credentials must be entered, host name and host group must be entered on the next screen and then the system is rebooted (via kexec) into Anaconda. 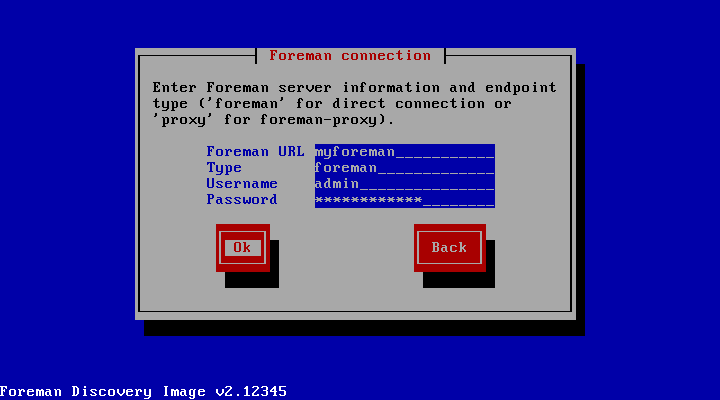 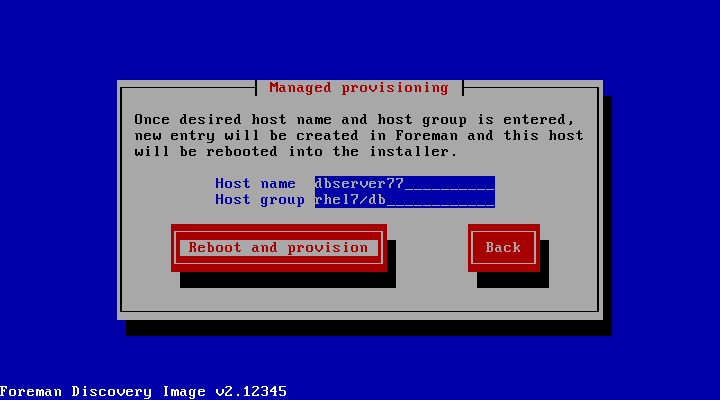 When Unmanaged was selected, user only needs to enter foreman url and type and on the next screen select kickstart to use. Then the host is rebooted into Anaconda. The list of kickstarts would be handed over via new "Discovery Unmanaged" template (JSON). 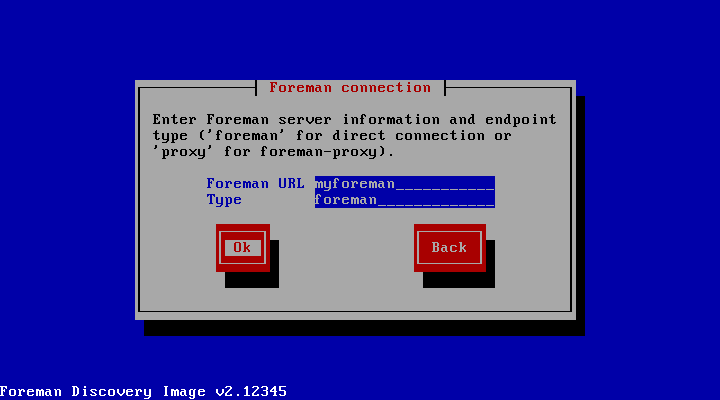 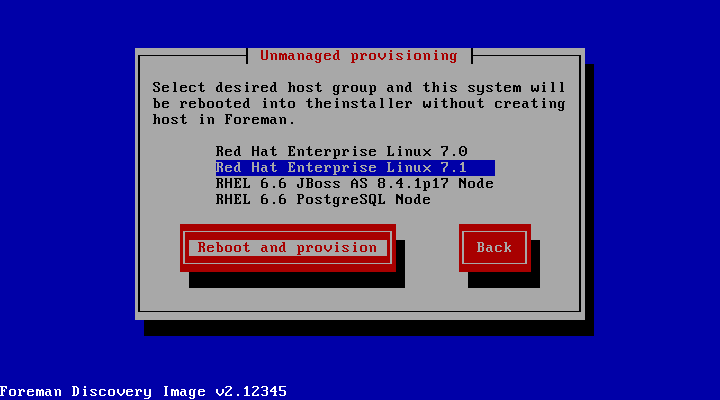