Unable to parse /usr/lib/ruby/bin/json_inventory.sh as an inventory

Added by Romans Krjukovs over 4 years ago. Updated over 1 year ago.

I'm trying to run Ansible role's playbooks from Foreman.
Got following in the output after pressing "Play Ansible" button:

In the DynFlow console i can see that inventory data with proper information
about host is passed: 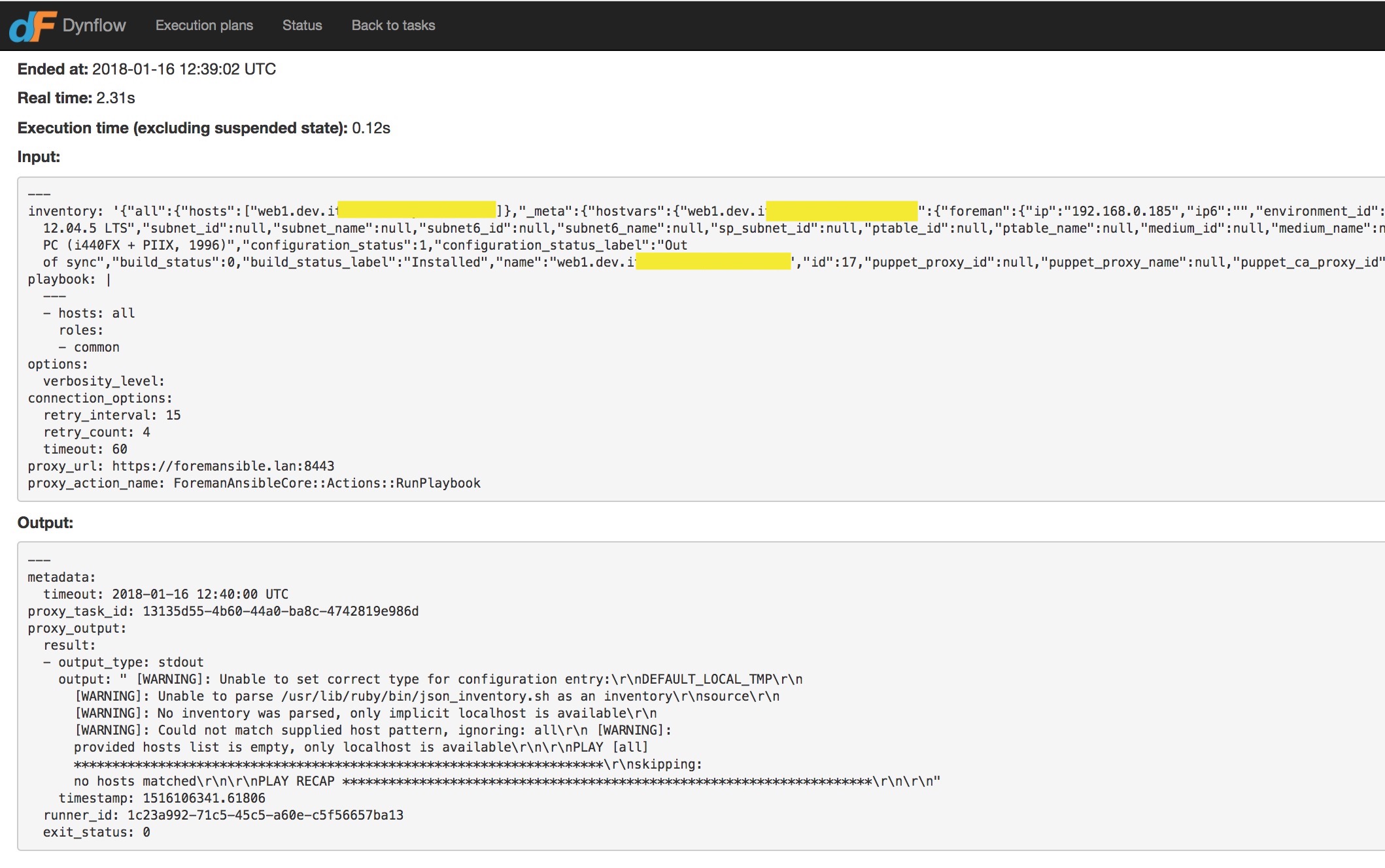 Anyone know what i'm missing here?
How /usr/lib/ruby/bin/json_inventory.sh is created ? (there is no such file and path on the host currently).
Should that file exists there and is it static or created dynamically by foreman ?
Or is it just a wrong setting somewhere and that's the reason why correct inventory data passed on input is not used ?

Updated by Dirk Götz over 4 years ago

I found the inventory script located in /usr/bin/, so I created a symbolic link from /usr/lib/ruby/bin/ to it. Afterwards I got a Permission denied which was caused by .ansible directory not existing in ~foreman-proxy and the user being not allowed to create it. With the directory existing it failed because of strict host key checking and password authentication, which I solved by creating a ssh config disabling the host key checking.

Updated by Daniel Lobato Garcia over 4 years ago

Romans, are you also finding this bug in Debian/Ubuntu?

Updated by Joshua Doll over 3 years ago

Romans, are you also finding this bug in Debian/Ubuntu?

I'm seeing this issue as well on Ubuntu 16.04. The json_inventory.sh script is installed to, /usr/bin instead of /usr/lib/ruby/bin/

Updated by Ondřej Ezr over 1 year ago

Closing this, as it is too old and we failed to reproduce this.
Feel free to reopen this if you are still facing this issue.

Updated by Ondřej Ezr over 1 year ago