Added by Og Maciel almost 8 years ago. Updated over 3 years ago.

Using the web ui to create a new architecture I noticed that the submit button does not give any indication that the record was created (the architecture does get created)... you have to reload the page in order to see the new record. The form doesn't close either, which is confusing to the user. Clicking the Submit button again tells me the name I chose has already been taken but the record is not listed.

The attached screenshot shows that the form is still open and that the new record is not listed in the list to the left of the UI. 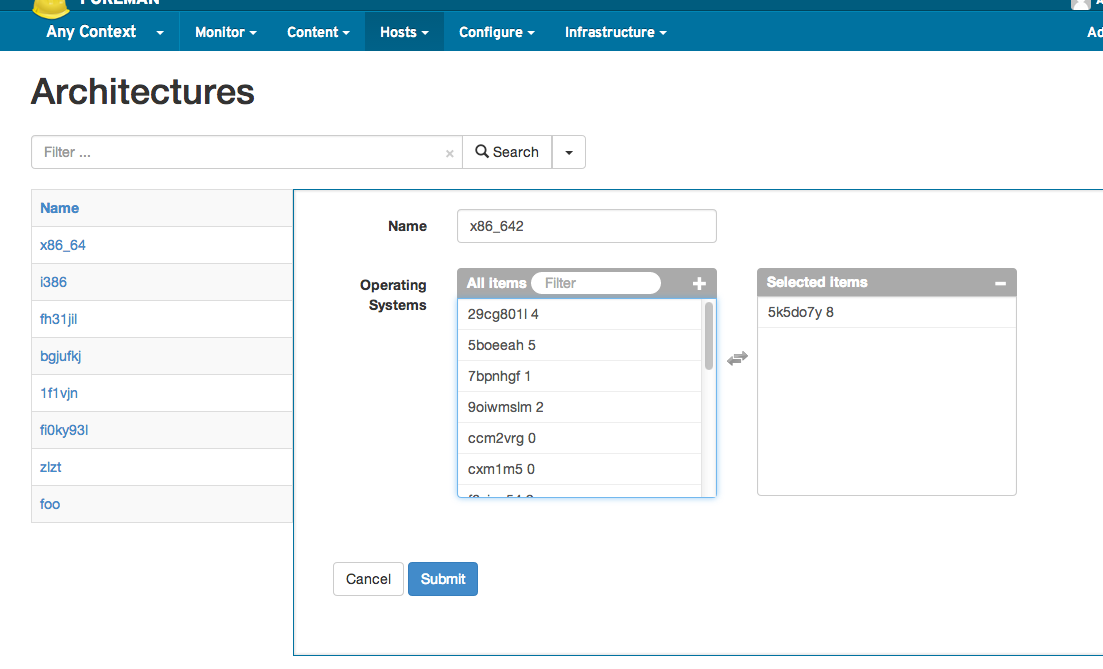 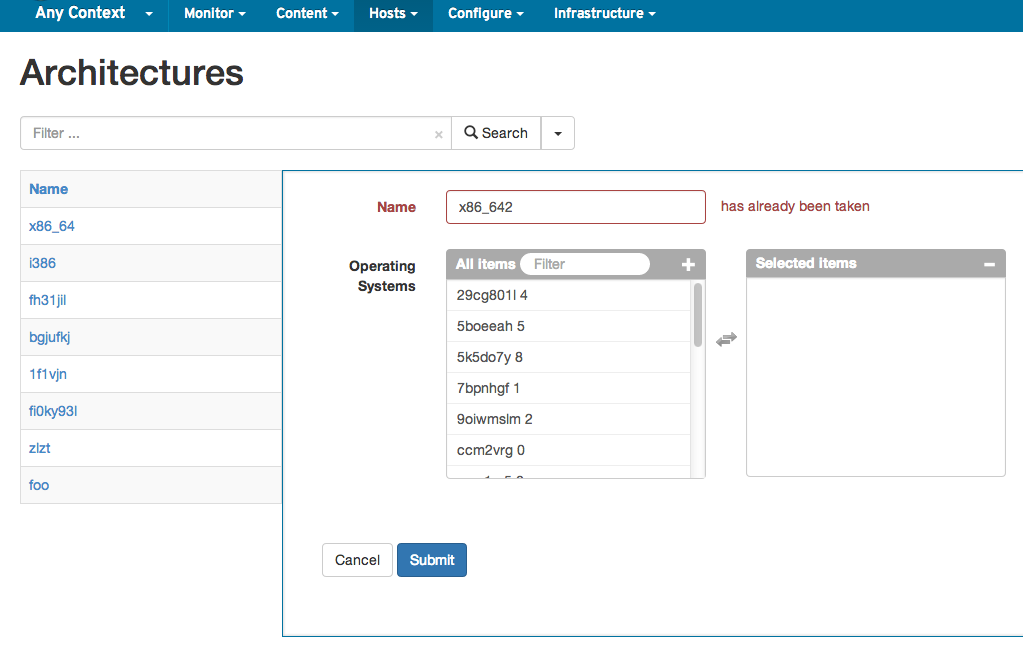 For some reason, using 'content' as the id for the Content menu
was resulting in breakage in behavior for foreman's two-pane
implementation.

Without this change, the following would occur:
- User goes to a page, clicks 'New <object>' (e.g.
Architecture, Environment, User...)
- panel opens with form to allow user to enter
data for the object
- User clicks submit
- At this point, the form is submitted to the server
and the object is created; however, the form is never
closed and the list of objects is not updated.

I can't reproduce it with Core foreman, just when Katello is installed.

Do you see any JS errors?

I did not see any javascript errors. All requests and responses look normal.

FYI, same thing happens for me with users and not just Architectures.

Try to create a user, hit Submit and nothing happens in the UI. If you refresh the Users list it shows the newly created user.

Made changes in Katello (https://github.com/Katello/katello/pull/3769) which allow the Foreman two-pane to work properly. It looks like the 'id' that Katello was using for the Content menu was interfering with Foreman. The id used was 'content'.

It looks like the source of the conflict is that Foreman two-pane uses #content, which conflicted with the plugin using the same id in the menu.

Updated by Eric Helms over 7 years ago

Updated by Eric Helms over 7 years ago